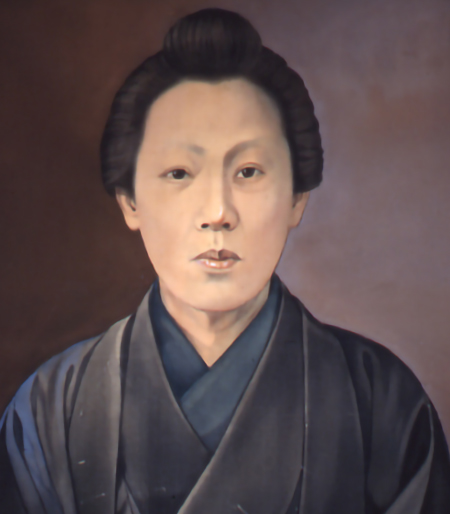 The technique for making Kurume Kasuri was invented around the year 1800 by an inquisitive 12-year-old girl named Inoue Den (1788~1869) who was a skilled weaver in her own right. Focusing on the white dots that would form on faded old clothing, Den unraveled the cloth to explore the secrets of the pattern. As a result, she devised a way to bunch up the threads, dye them with indigo, and weave them to create a pattern. Throughout her life, Den passed on this technique to many people, which contributed to the spread of Kurume Kasuri.

Contributors to the kasuri technique 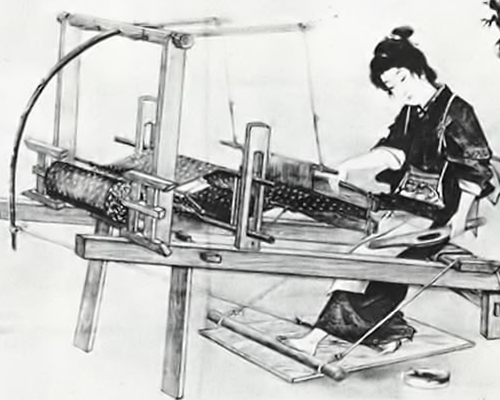 Kurume Kasuri evolved as numerous artisans tweaked the technique over the years. In the early years in particular, there were two weavers whose contributions are considered to be on par with those of Inoue Den. Otsuka Tazo developed the egasuri (“picture kasuri”) technique for adding decorative illustrations and words to designs, while Ushijima Noshi conceived the kogasuri technique, which yielded more intricate patterns that are uniquely recognizable as Kurume Kasuri. In the Chikugo region, which is centered on Kurume, Kurume Kasuri flourished as a side business for farmers, and from the Meiji era onwards, Kurume Kasuri became popular throughout Japan as clothing for the common people.

Protecting the tradition, evolving the craft 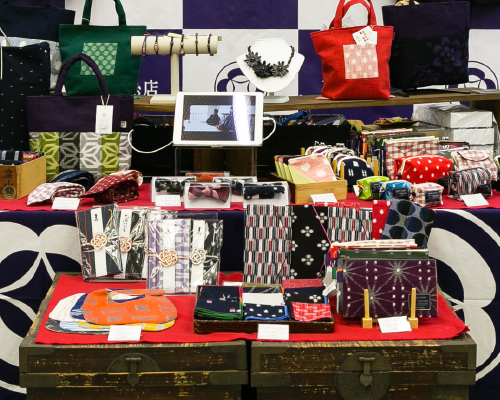 With the many processes involved in its production, Kurume Kasuri takes a great deal of time and effort to make. The traditional technique that dates back over 200 years has been handed down over the generations despite the ebb and flow of the ever-changing world of dyeing and weaving. Recognizing the historical and artistic value of the technique, the national government designated Kurume Kasuri as an important intangible cultural property in 1957. To this day, Kurume Kasuri, which is used in a wide range of everyday goods such as Japanese clothing, Western clothing, interior goods, and knick-knacks, remains popular with many people as one of Japan’s most recognizable textiles.

Among cotton fabrics in Japan, Kurume Kasuri is typified by simple, gentle patterns. The intricate and beautiful Kurume Kasuri patterns are classified into small, medium and large patterns according to the size and number of patterns with respect to the width of the fabric (35~38cm). The patterns are further subdivided into geometric and picture patterns, and for both types, most of the patterns are derived from plants, animals and other objects that are considered auspicious. 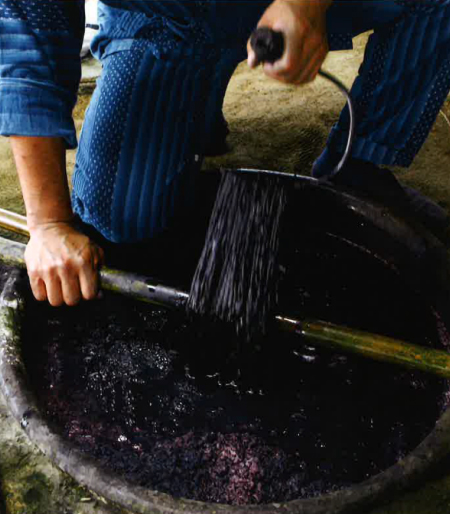 Thread is dyed with natural high-grade indigo. Dyeing is a three-step process, starting with paler pigments and working up to darker ones. The thread is submerged in indigo, wrung out and beaten repeatedly 50~60 times, a process which creates beautiful contrasts between the white and dark blue parts of the thread. Every time you wash indigo dyed fabrics after wearing them, the colors become richer.

A hand weaving technique handed down for generations 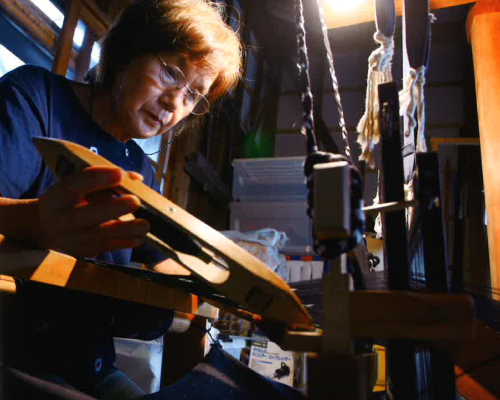 Teori, or hand weaving, is a traditional technique where the weaver uses a shuttle to feed thread into a loom. It is typified by the rhythmic clacking sound of the loom. A considerable amount of skill is required for each detailed step of the process, and weavers must carefully weave the thread while ensuring the patterns match. The warmth of the weavers’ hands is conveyed in the supple yet simple final product. 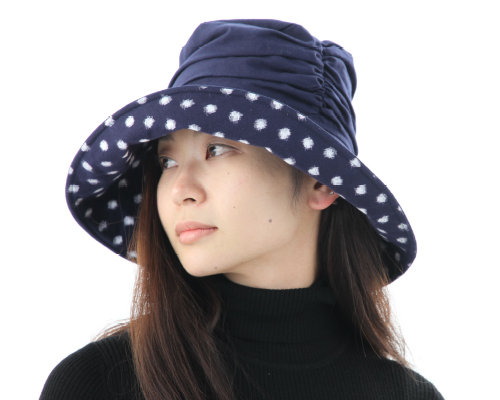 Because it is cotton, Kurumi Kasuri is known for its unique texture, which feels good on the skin. The more you wear and wash a garment, the more comfortable it becomes. The artistry of the weaving combined with the excellent practicality of cotton is what gives Kurume Kasuri its unique charm. 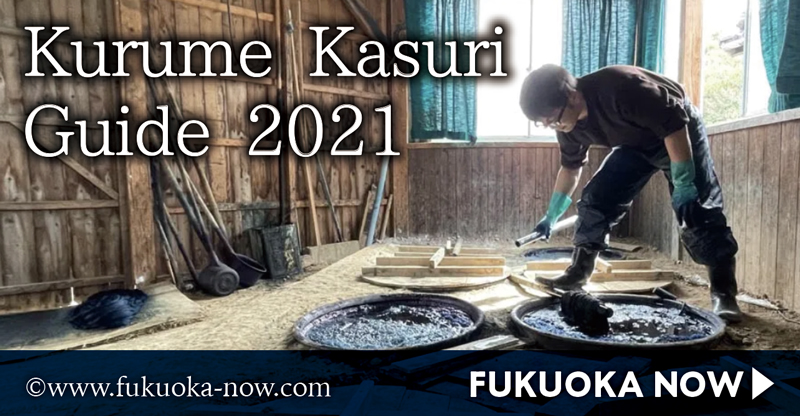 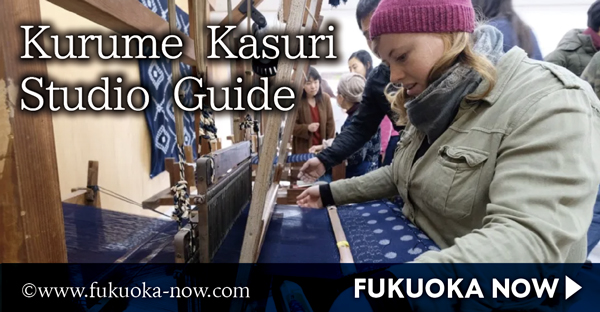